Possession of a Drug of Dependence 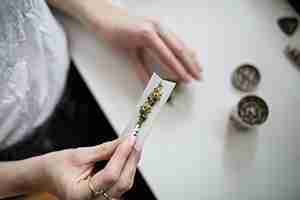 In the state of Victoria, Possession of a Drug of Dependence is an indictable offence. It can be filed against a person who is found to possess a drug of dependence.

If proven guilty, for serious forms of drug possession, this offence carries a maximum penalty of 5 years’ imprisonment. Lesser sentences typically include a fine of 5 penalty units if the drug in question is cannabis, and the accused possesses a ‘small quantity’ (weighing less than 50g) of it. If on the balance of probabilities, the court is satisfied that the drug possession is not for trafficking, up to 1 year prison sentence may be imposed.

For this offence, the prosecution must prove the following elements beyond reasonable doubt:

Possession may be proved using the deeming provision in s.5 of the Drugs Poisons and Controlled Substances Act which states that drugs found on premises usually occupied by the accused person are considered to be in that person’s possession. This supposition is refutable, and it is up to the accused to prove their lack of knowledge about the drugs.

Possession may also be based on the common law understanding of possession. Here, the prosecution would need to conclusively prove that the drug of dependence was in the control or custody of the accused. It is not necessary for the accused to have had the drugs in their physical possession. It is sufficient that they are shown to be able to exercise control of the drug and have the intention to possess it.

An experienced criminal lawyer could also help the accused navigate other provisions within the Drugs Poisons and Controlled Substance Act. In some circumstances, a good behaviour bond could be negotiated.

How Furstenberg Law Can Assist You

If you were charged with a Possession of a Drug of Dependence offence, it is advisable to engage a criminal lawyer straight away. If possible, this should be done prior to your police interview as it would help to bypass any prejudice in the lead-in to your case.

Criminal law specialists at Furstenberg Law can assist you with the best way of handling matters with the police and court system. We have expert knowledge of all the nuances of the relevant legislation. Our aim is to always ascertain a fair trial for you and ensure that you are very well defended. We analyse the circumstances of your case, help you understand the legislation, build a powerful defence, and enter negotiations on your behalf.