Trafficking in a Drug of Dependence 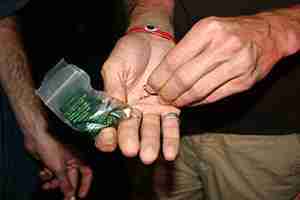 Trafficking in a Drug of Dependence is an indictable offence in Victoria. This is defined in Section 70 of the Drugs Poisons and Controlled Substances Act as:

The maximum penalties for Trafficking in a Drug of Dependence are as follows:

Schedule 11 to the Drugs Poisons and Controlled Substances Act defines the different traffickable, commercial and large commercial quantities. This varies according to the type of drug or combination of drugs in question.

What does the Legal Process Involve?

It is up to the prosecution to prove beyond reasonable doubt all three of the following:

Trafficking of drugs is a far-reaching indictment. Frequently, evidence is based on text messages, recorded telephone conversations, and other communications. Engaging a highly experienced criminal lawyer is the first vital step. If you have been charged with this offence, this must be done as fast as possible.

At Furstenberg Law, we can help by advising you about every step of the legal process, carefully analysing your case, devising a strategy, navigating complex and technical briefs of evidence, and providing powerful defence for you. Our eye for detail and expert knowledge means you are in capable hands. We will work with you to arrive at the best possible outcome for your case.