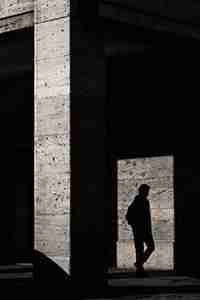 In Victoria, the maximum penalty for rape is 25 years imprisonment.  It is an extremely serious offence. Anything that you say in a police interview or to anyone else can potentially have consequences for the further conduct of your case. Seeking legal advice at the earliest opportunity is of vital importance in order to enable the proper and expert preparation of a strategy to manage your matter. If you have been charged with rape, call our lawyers in Melbourne. We specialise in criminal defence for sexual offences including rape.

Section 35 of the Crimes Act 1958 (Vic) creates the statutory offence of rape.  To prove this offence, the prosecution must establish the following three elements beyond reasonable doubt:

The first element of the offence relates to the physical act.  The prosecution must establish that the accused intentionally sexually penetrated the complainant and that the accused did this act consciously, voluntarily, and deliberately.

The third element relates to the accused’s state of mind.  The prosecution must establish that at the time of sexual penetration the accused did not reasonably believe that the complainant was consenting.

This element may be proved in any of the following circumstances:

Our lawyers in Melbourne specialises in rape cases and other criminal offences. We can evaluate the circumstances of the allegations against you and determine the appropriate stratregy to give you the best possible outcome in court. Call us at (03) 9131 2000.