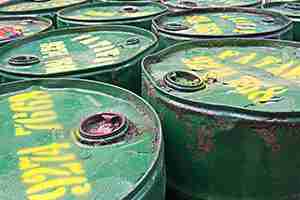 Possession of Precursor Chemicals is an indictable drug offence in the state of Victoria. It can be filed against anyone found to illegally possess a precursor chemical or chemicals in a larger quantity to what is prescribed.

What is a Precursor Chemical? This is a substance used to make a drug of dependence and could include salts, isomers, derivatives, and homologues. To be considered a precursor chemical offence, it is deemed irrelevant if the found chemical is combined or contained with another substance.

The Possession of Precursor Chemicals offence carries with it a maximum penalty of a level 6 imprisonment sentence (5 years) as well as a fine of 600 penalty units.

The Legal Process: What is involved?

There are three components which must be proven beyond reasonable doubt in court for the Possession of Precursor Chemical charge, according to S71D legislation.

These are that the accused was:

If you have been charged with a Possession of Precursor Chemicals offence, it is important that you seek advice from an expert criminal lawyer without delay. This offence may have grave consequences if you are found guilty, so it is imperative you have the advice of a criminal law specialist right from the start.

At Furstenberg Law, our expert criminal law team can guide you every step of the way: from police interviews, to understanding the legislation as it applies to your case, through to the court process. Our thorough approach means that every legal problem is carefully addressed. We utilise our years of experience in this field to ensure you have strong representation so as to arrive at the best possible outcome.